Once again, the English Department  organized  the traditional Spelling Contest. This year 2014 it was the 5th.

There was a selection of voluntary students who wished to take part in this amusing event. On August 7th, the contest took place. The competition was per level. It was really exciting, especially for the fifth graders, for it was the first time for them to compete. The contestants were cheered up by their classmates.

The winners are the following:

We wish them good luck and success!!

9th graders prepared role-plays about the Pilgrims in Plymouth, just making notes and improvising different situations. They demonstrated being very capable and talented in the English language and very creative in their stories. 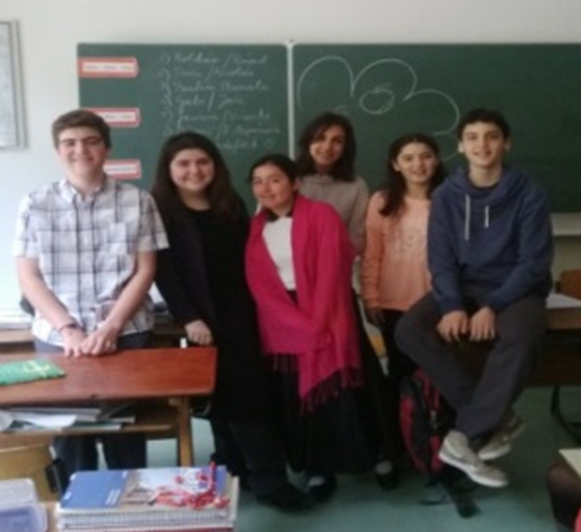 On October 8th, the 8th graders attended a play called TRANSYLVANIA, at Cine Arte Theatre in Viña del Mar. It has already become a traditional activity from the English Department to invite 8th graders to watch a play, performed totally in English. It was really entertaining for the students to hear the actors say their lines and sing in English. When asked, students said they liked the play and they were very proud to realize that they could understand it from the beginning throughout the end.